SHAKE UP THE SOCIETY!

We facilitate long-term positive changes in Serbia and the region.

Center for Social Dialogue and Regional Initiatives (CSDRI) is a ‘think and do tank’ dedicated to creating space for social dialogue as the basis of sustainable societal change.

In the last few years, we have witnessed the process of disintegration of social institutions and threats to political and civil liberties. Geopolitical changes have led to decreased international interest in the region and favoring political stability over freedom and society development, which has also opened up room for the growth of authoritarian tendencies.

For this reason, the region is characterized by the syndrome of a ‘captured state’ in which political elites use state institutions for their own interest, instead of public good. Public policies are adopted arbitrarily and without the influence of interested social groups or deliberations with them, while foreign policy is conducted ad hoc, without clear links with the interest of society, and with consequences that are more often to the detriment than to the benefit of citizens.

Founded by experts in the field of political analysis, public policy, international relations, and foreign policy, CSDRI implements its vision through:

We think about and work on long-term positive changes in Serbia and the region.

Center for Social Dialogue and Regional Initiatives (CDDRI) is an independent and non- profit ‘think and do tank’ dedicated to creating space for social dialogue as the basis of sustainable societal change.

CSDRI seeks to move Serbian society forward through a dialogue that includes all social groups, and that respects everyone’s opinion and arguments without discrimination, though it may not accept it. Also, CSDRI seeks to deepen regional relations through the process of cooperation in the common interest, destigmatization, and association for the sake of improving the quality of life of all people in the Balkans.

Serbia is a free and prosperous country, focused on the interests of its citizens, in which new open-minded generations confront their opinions and policies and participate in regional and continental networks.

We bring together the government, the opposition, the private and public sectors, the academy, and civil society to discuss key issues in Serbia and the region in open debates.

We use innovative research techniques to achieve the most reliable knowledge of social phenomena. We conduct rigorous analyzes of critical challenges for society and provide insights into the impact of geopolitical changes in Serbia and the region.

We bring together and guide a new generation of leaders to expand knowledge of key political and societal challenges and develop analytical skills. In this way, we facilitate long-term positive social changes in Serbia and the region.

SHAKE UP THE SOCIETY! 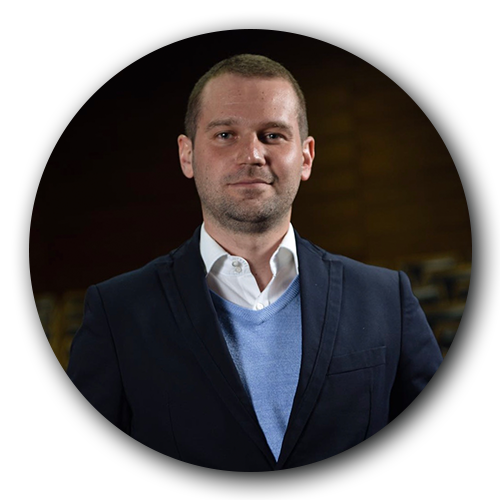 Dušan Lj MilenkovićChairman of the Board