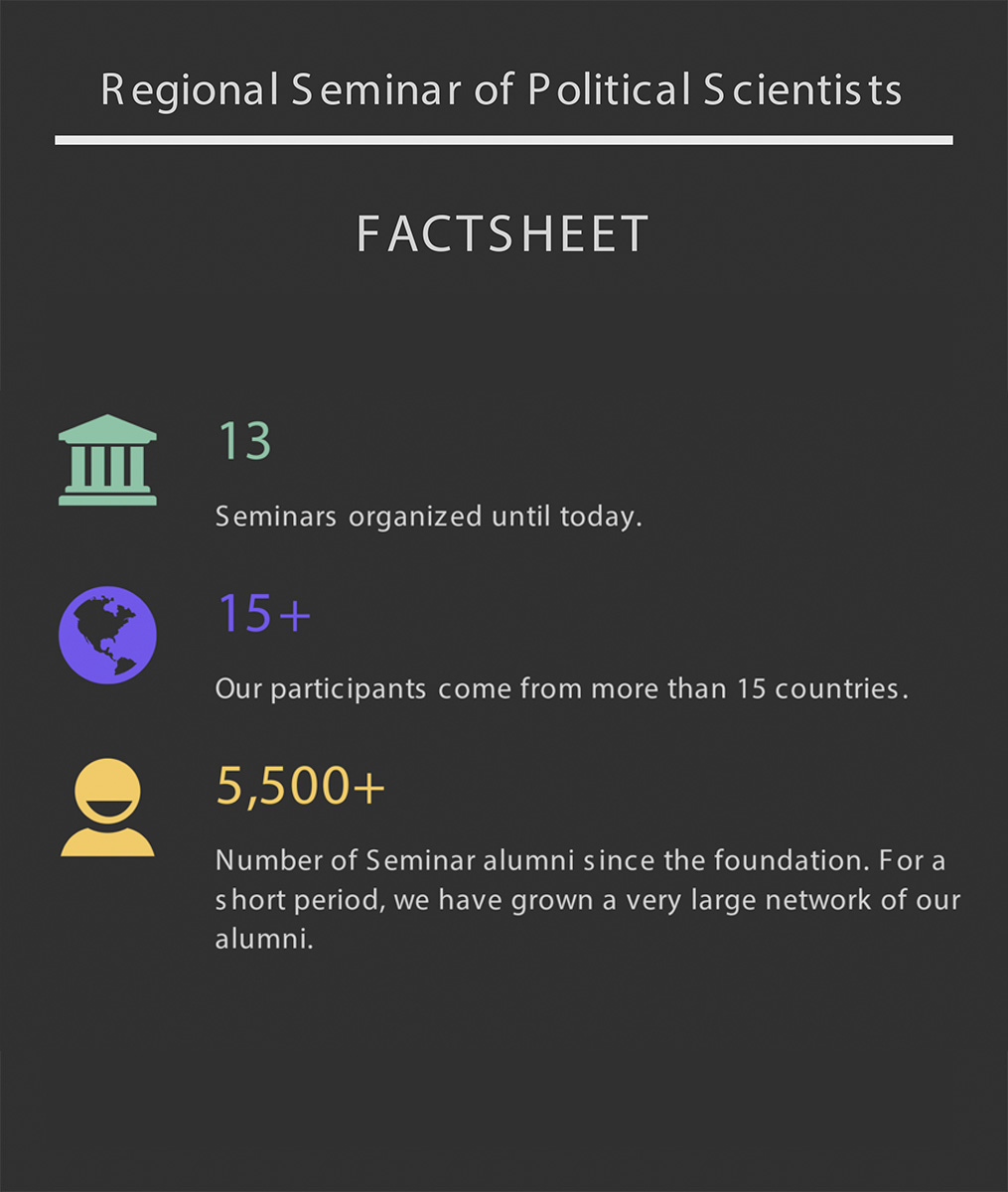 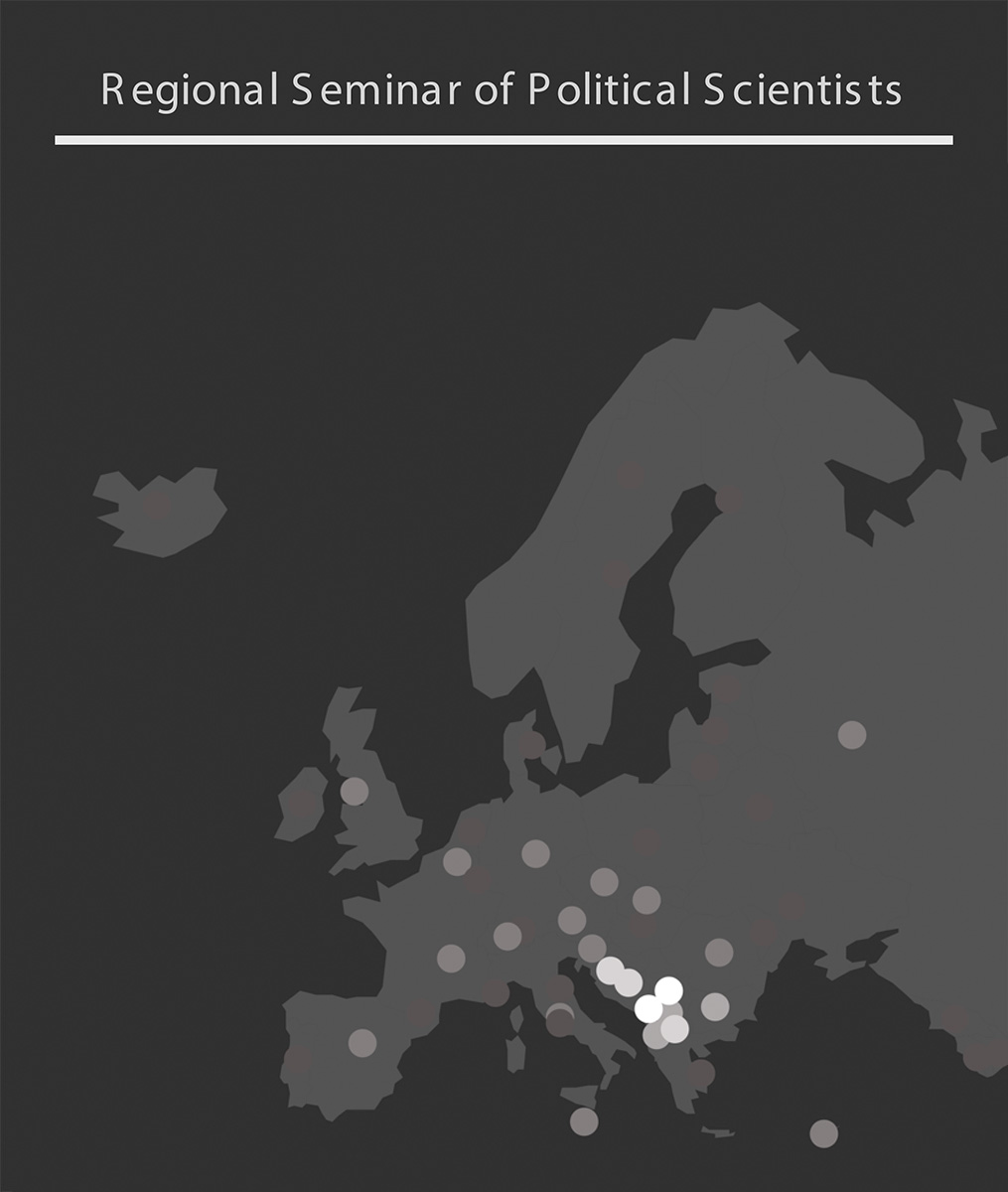 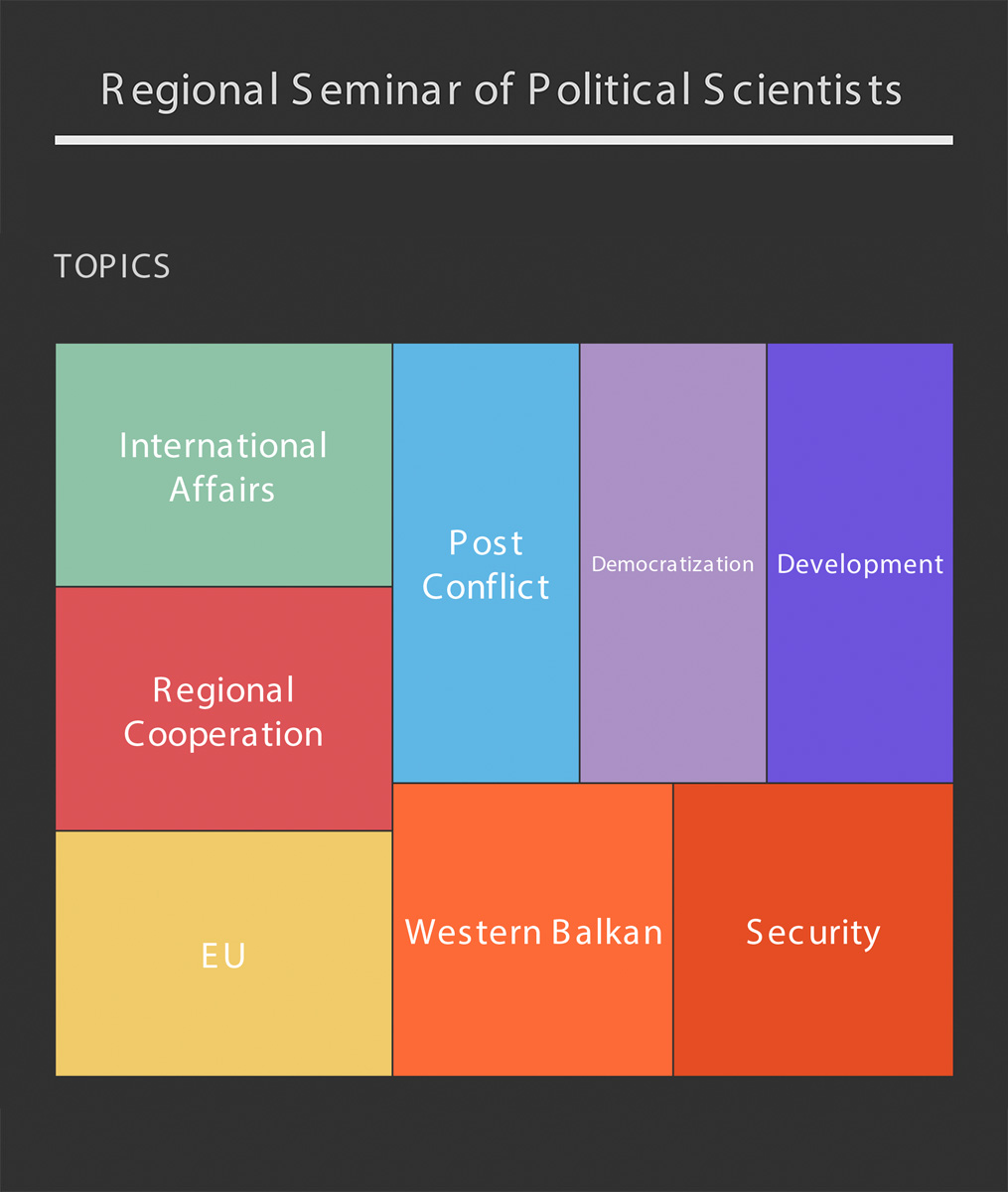 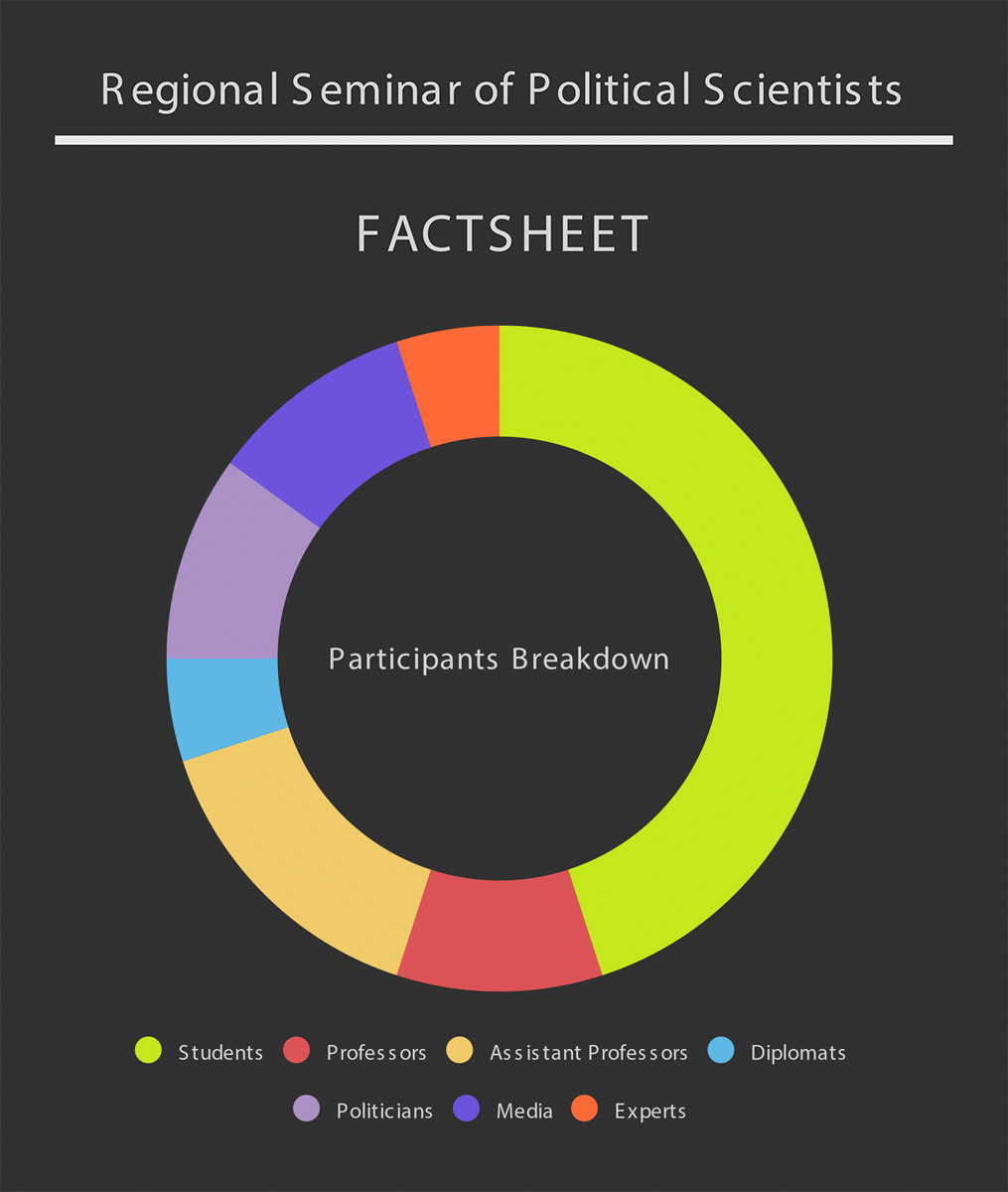 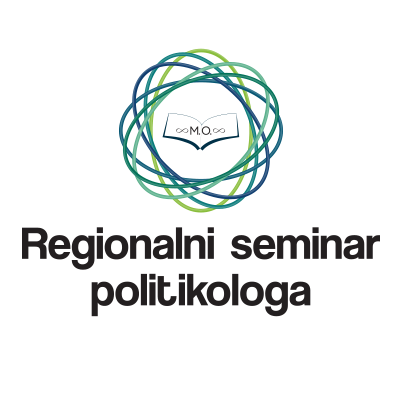 Student life at the Faculty of Political Sciences was quite monotonous in 2008. Some liveliness during student days was brought by the establishment of a student parliament and a large number of new student organizations. However, except for a few rare forums and a lonely study trip, held once every 3 years, students did not have the opportunity to accomplish any academically useful extracurricular activities.

It was not until 2008 that a group of enthusiastic students decided to launch the Faculty of Political Sciences Student Seminar. The seminar was conceived as a three-day gathering where students and lecturers would discuss the then very current topic, the US presidential election.

It was April 2008 and the world was fascinated by the changes Barack Obama promised using a social network campaign which eventually helped him get a decisive advantage. The main question was whether the United States will have an African-American or a woman president for the first time. So the topic of the First Faculty of Political Science Student Seminar was: ‘2008 United States Presidential Elections’

Students responded in large numbers and in the Rtanj mountain dormitory almost 200 of them from the Faculty of Political Sciences in Belgrade listened to lectures by dear and widely known teaching assistants Vladimir Vlado Pavićević and Dragan Živojinović Žile.

After the great success, the interest only grew and the team of enthusiasts from the beginning of the text decided to organize another seminar in November the same year. 2008 was a turning point in international relations. The war in Georgia, the Olympic Games in Beijing as the crown of the Asian Tigers’ success, the rise of Latin American countries, and the great world economic crisis caused by the US stock market crash were just some of the events that marked this primarily interesting year.

As the second seminar was attended by over 250 students from the Faculty of Political Sciences in Belgrade, as well as colleagues from Podgorica, the seminar became an increasingly visible and recognizable gathering of young political scientists. Confirmation of recognizability followed the next year when the seminar organizers were offered cooperation by the European Movement in Serbia, one of the most renowned non-governmental organizations in Serbia.

„Strategies of Foreign Policy of the Republic of Serbia“

Having in mind all the changes brought by 2008, as well as the necessity of adjusting Serbia’s foreign policy to new circumstances on the world stage, the Third Faculty of Political Sciences Student Seminar, now traditional, was organized in October 2009 on ‘Strategies of Foreign Policy of the Republic of Serbia’.

The third seminar had a different concept as, for the first time, classic lectures were followed by live discussions of experts, analysts, politicians, journalists, and academic community representatives from other faculties from the region. Also, the Third Seminar crossed the national boundaries, as for the first time, a large number of colleagues from Banja Luka, Skopje, and Zagreb took part in it, with a repeated visit from colleagues from Podgorica.

Such changes encouraged the founders and organizers of the seminar to establish the NGO Center for Social Dialogue and Regional Initiatives (hereinafter: CSDRI) in order to use the experience gained in organizing the seminar and initiate dialogue and debates on the most current topics of great importance for the development of Serbia. , as well as initiatives at the regional level.

Following its motto ‘Shake Up the Society’, in October 2010, in cooperation with the Belgrade Center for Security Policy CSDRI organized the Fourth Faculty of Political Sciences Student Seminar with the idea of ​​initiating a discussion on the need to join NATO. So the topic of the Fourth Seminar was: ‘Serbia in NATO?’

The fourth seminar was opened by the US Ambassador to Serbia, Mary Burce Warlick, and apart from the already regular guests from the world of politics, political analysis, media, economy, and business, it was attended by the diplomatic corps representatives, and for the first time closed by Serbian Defense Minister Dragan Šutanovac.

“Serbia in the Next Decade“

CSDRI used the great success in initiating the debate on this important foreign policy and security issue to launch a much broader debate on the future of Serbia. So in October 2011, the Fifth Faculty of Political Sciences Student Seminar was organized on ‘Serbia in the Next Decade.’ Experts from many and diverse fields, representatives of various political parties, journalists, analysts, and students from the region had the opportunity to confront their views on topics of vital importance for the future of Serbia and the region.

In November 2012, the sixth Faculty of Political Sciences Student Seminar was organized on the topic ‘2012 United States Presidential Elections’.

Unlike at the First Seminar, this time Charles Kegley and Gregory Raymond, prominent international relations professors from the United States, spoke at the seminar, and for the first time, direct monitoring of election results was organized in a multimedia environment following the world media and live talks with analysts over Skype.

CSDRI’s partner in this project was the Centre for Studies of the United States of America, while the seminar was opened by the US Ambassador to Serbia, Michael Kirby.

„Western Balkans after the European Union Enlargement in 2013“

The topic of the Seventh Faculty of Political Sciences Student Seminar was ‘Western Balkans after the European Union Enlargement in 2013’. As in previous seminars, professors, analysts, experts on EU enlargement issues and students analyzed the European perspective of the Western Balkans, as well as possible challenges along the way.

Following the idea of ​​continuous improvement, the Seminar brought together researchers from the Western Balkans for the first time that year to present their work in the field of regional cooperation, and the idea of ​​a think tank called “Balkan Think Tense” was conceived.

„25 Years since the Fall of the Berlin Wall“

After dealing with the region for several years, in November 2014, the focus was returned to the international scene, so the topic of the Eighth Faculty of Political Sciences Student Seminar was: ‘25 Years since the Fall of the Berlin Wall’

Apart from analyzing the significance of the fall of the Berlin Wall, professors, former Republic of Serbia ambassadors, analysts, and students discussed the impact of this groundbreaking historical event on relations in the Balkans, as well as the possibility of building new walls in Europe having in mind the then conflicts in Ukraine and sanctions to the Russian Federation by the European Union. The eighth CSDRI Seminar was organized in cooperation with the Center for Foreign Policy.

The ninth regional political scientist seminar, organized by CSDRI and the Faculty of Political Sciences in Belgrade, was held in November 2015 on ‘20 years since the Dayton Peace Agreement: Lasting Peace or Lasting Challenges?’. Participants from the region could discuss the scope of the achieved peace, but also to hear for the first time about the peace process itself from the direct participants, as well as to learn from the experience of journalists on reporting in crisis areas.

A unique ‘conversation with history’ gave the seminar participants an invaluable insight into the experiences of experts and confirmed the already known fact that practical experiences were much needed by students of political science in the region. Wishing to help promote young professionals, the organizers organized a round table where young academics presented their work and discussed topics related to achieving sustainable peace in this area.

In November 2016, CDDRI, as part of a larger project, organized the jubilee Tenth Regional Seminar of Political Scientists on the topic “Presidential Elections in the United States in 2016”.

This jubilee seminar was held in memory of one of its founders. Dr. Filip Brković. The seminar was held on Kopaonik, and a large number of participants, including the US Ambassador to Serbia Kyle Scott, professor at Auburn University James Seroka, professor at John Hopkins University David Unger, former and current ambassadors of Serbia, as well as deans and professors of political science from the region, had the opportunity to discuss the most important political topic in the world that year.

The jubilee seminar also hosted many former seminar participants who gladly attend it even though they graduated a long time ago and now have serious careers in politics, diplomacy, business, and academy.

“Stabilocracies: The Case of the Western Balkans“

The eleventh regional political scientist seminar was held in 2017 on the topic ‘Stabilocracies: The Case of the Western Balkans’ in Vrnjačka Banja.

The focus was again on the region and the worrying trend of democracy regression and strengthening of autocratic regimes in the Western Balkans. Participants from across the region discussed the similarities and differences of these phenomena in different countries in the region.

“One Hundred Years since the World War I Armistice Day“

The twelfth regional political scientist seminar dealt with the topic of relations between Serbia and the United States, marking the jubilee: ‘One Hundred Years since the World War I Armistice Day’

We returned to Kopaonik, where a large number of participants from all over the region had the opportunity to hear lecturers who also came from most of the Western Balkan countries. We mostly dealt with the topic of the Kingdom of Yugoslavia and the United States’ influence on its creation.

The thirteenth regional political scientist seminar was held for the first time in late winter, i.e. at the end of February 2020.

We returned to Vrnjačka Banja, and this time we introduced novelties in the program as we gave students a chance to participate in leadership and communication skills training. Also, a guest lecture on the US elections was held as part of our project 2020US Elections.

Over 5,500 participants and 16 generations of students of the Faculty of Political Sciences from the region have attended regional seminars of political scientists in the last 13 gatherings at which over 130 eminent guests, professors, assistants, experts, government officials, diplomats, journalists, politicians, and activists spoke on various topics.

The regional political scientist seminars could not grow and develop into the largest gathering of political scientists in the region without the support of partners and donors, some of whom are: the United States Embassy in Serbia, the Embassy of the Kingdom of Norway, the Friedrich Ebert Foundation, the Balkan Trust for Democracy and others.